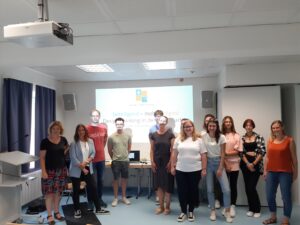 On July 4, 2022, the final event of the ERASMUS* project «Action for Future» took place in Freilassing (Germany).
How can young people be supported in becoming self-determined for their concerns? How can development processes take place with the participation of young people instead of over their heads?
The ERASMUS+ project “Action for Future”, which has been implement

ed in five European countries over the last two years under the leadership of Startklar Soziale Arbeit, investigated these questions.

As part of the project, design thinking was tested as an approach in working with young people, methods were developed and summarized in two manuals. 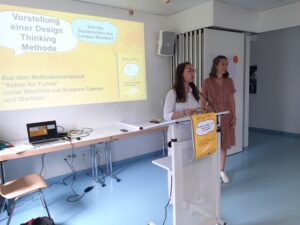 The final event was attended by 40 professionals who work with young people in the field of youth work, training or coaching. In the keynote, Tamara Wintereder from SPES Upper Austria presented how young people can be «moved» with design thinking. Daniel Schneider, Elisabeth Worbs, Andreas Gröbner and Stefanie Rasp reported on their experiences in implementing the project in practice. Students from the Rosenheim University of Applied Sciences presented the methods manual and tested methods with the group. In the afternoon, workshops were held on participation and the implementation of design thinking in work with young people.

“Just try it ” was the concluding recommendation of those who were involved. 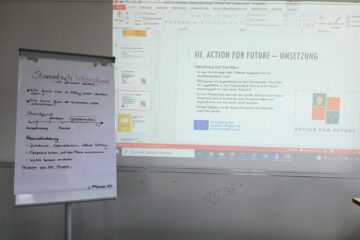 Design Thinking at the Rosenheim University of Applied Sciences

The Action for Future project and the developed method handbooks were presented at the Rosenheim University of Applied Sciences, social work course. The students tested the methods as part of the courses. They developed challenges Les mer… 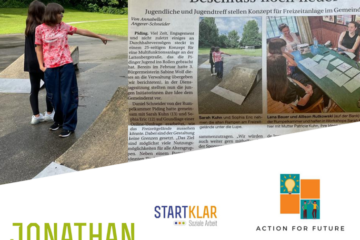 Reached the Goal in Piding

For many months, the young people in the youth club „Rumpelkammer“ have been working towards their goal: a pumptrack for Piding. They were actively supported by the employees of the youth club (Jonathan Soziale Arbeit), Les mer…

April and May were two exciting months within our Design Thinking project. All participating cooperation partners have made it their task to  heck the collected methods from the Resource book again for their practical application. Each Les mer…